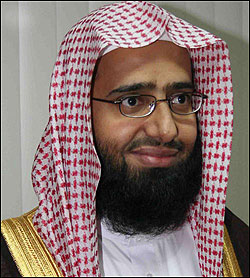 Praise be to Allah. May Allah’s Peace and blessings be upon His slave-servant and Messenger Prophet Muhammad, his family and his companions.   The need for people to kind of a legitimate Roqiah derived from the Quran and Sunnah is one of the greatest needs. But at sometimes it amounts to become a necessity, especially in this time which many people have maliciousness, envy, and where magic, injustice spread and the demons of mankind and jinn became dominating with weakness when many people in fortifying themselves with various acts of worship and remembrance of Allah, as we commonly notice in the society.  The importance of this kind of legitimate Roqiah and usefulness has been demonstrated against the black or evil magic, envy or spell of jinn’s harms. The use of Roqiah with Quranic verses, supplications and prayers is a legitimate reason for the healing of many diseases, physical and psychological, especially those that are due to the eye, charm or suffering a jinn’s harm.  Among those who dealt with such items and Allah, the Almighty benefited people with his activities is our brother Mr. Ahmad ibn Saud Alblehid, who launched a website about this kind of legitimate Roqiah and worked hard on the distribution of water and oil that is recited on to many areas.
I ask Allah to benefit by his efforts, bless him, provide him with the help and commitment to grant him the ability to commit to the Sunnah traditions and practices of Allah’s Messenger PBUH  in his words and deeds and protects him from being led astray. All praise is due to Allah.

Written by  Dr. Abdulaziz Bin Saleh bin Fawzan Al-Fawzan, general supervisor of sites and channels of the Foundation of the Message of Islam

In the name of Allah the Beneficent, Most Merciful All Praise is due to Allah. May Allah’s peace and blessing be upon His slave-servant and Messenger Prophet Muhammad, his family and companions. Br. Ahmed ibn Saud Alblehid is known to me as a good and righteous person. He is known for his good actions, eagerness to to perform acts of kindness and is known for his good character and honesty. What I have known about what he offers to people in terms of legitimate Roqiah for the cause of Allah without taking a fee and also the distribution of water and oil that are Quranic verses are recited on have great benefits for many people. Allah’s Messenger Mohammed PBUH is reported to have said, ‘Whoever among you could do something to benefit his Muslim brethren, let him do.’
This is what we think of him. Allah knows best. We ask Allah, the Almighty to grant him, us and all Muslims the best of success in the world and the Hereafter.
May Allah preserve you all.